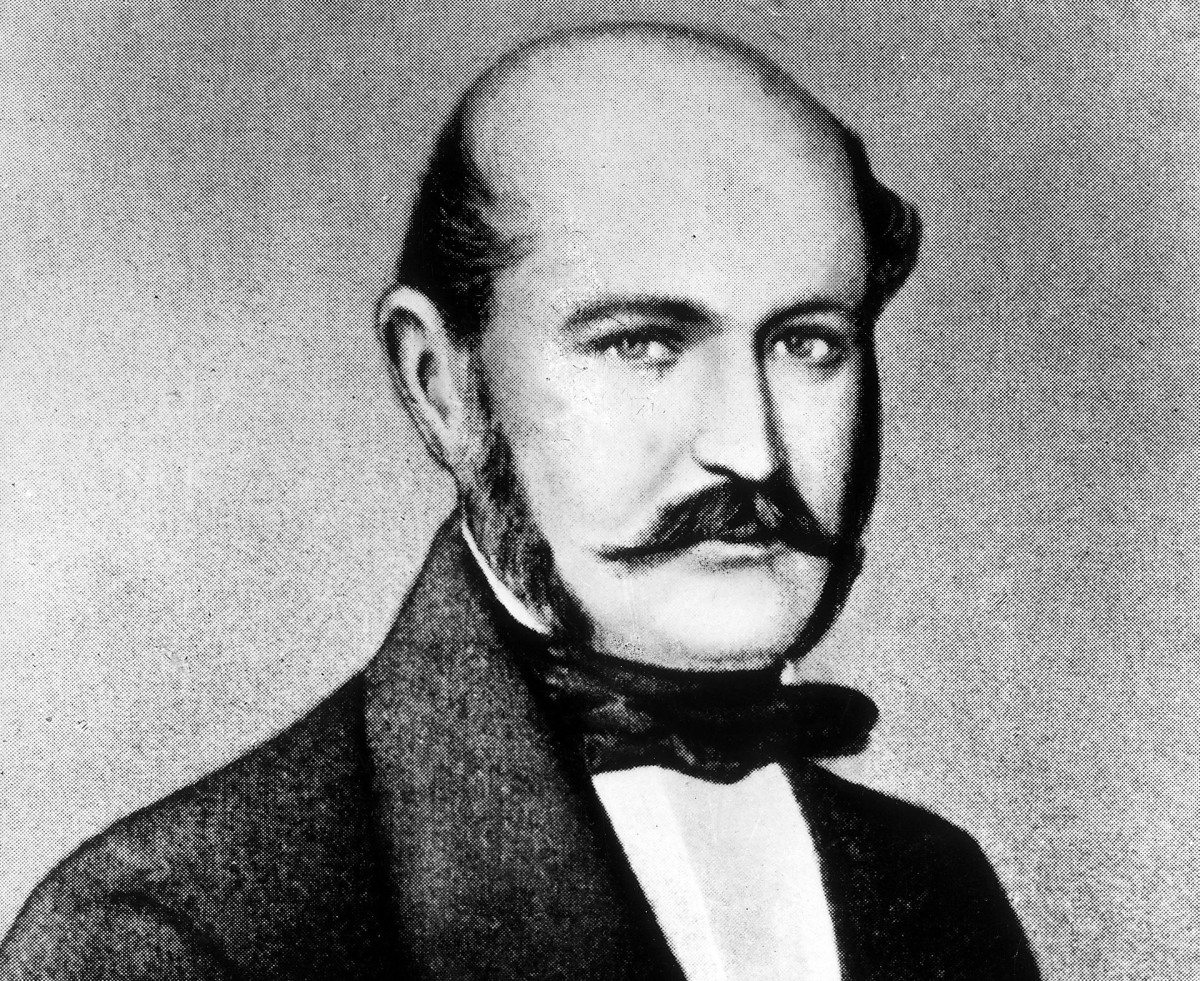 The first week of December is National Handwashing Awareness Week. Ever since the 2020 pandemic, we’re all a little sick of hearing, “Wash your hands for as long as it takes to sing ‘Happy Birthday,’” but getting tired of these nagging repetitions doesn’t make handwashing any less important. Today it’s common sense that washing your hands helps to prevent disease, but it wasn’t always that way.

Until the mid-19th century, disease was believed to be caused by evil spirits or bad smells. Most families didn’t get to see all of their children grow to adulthood. In the early 1840s, scientists such as Oliver Holmes Sr. and James Young Simpson suggested a link between disease and lack of sanitation. Most famously, in 1846, Hungarian doctor Ignaz Semmelweis (see image above) realized that handwashing saves lives. While working in The Vienna General Hospital’s Maternity Clinic, Semmelweis noticed a large discrepancy in the mortality rates of one maternity ward versus another. In the ward run by young medical students, 13-18% of the mothers were dying. However, in the ward run by midwives, only 2% of the mothers were dying. Semmelweis intently studied the processes of both wards, trying to determine if there were variances in foot traffic or temperature. It wasn’t until a fellow doctor died from an infected scalpel cut that a light bulb lit up for Semmelweis. The scalpel had been used on the autopsy of a deceased mother and was not washed afterward. Not only was the scalpel not washed, but physicians were dissecting the corpses of diseased infants with their bare hands and then delivering babies afterward without washing their hands. Semmelweis suspected that the deadly diseases in the maternity clinic were caused by “decaying animal-organic matter.” He began requiring all physicians to wash their hands in a chlorinated lime solution before entering the wards. Finally, the mortality rate in the physicians’ maternity dropped to 2%, matching the midwives’ ward. Though the evidence was solid, Semmelweis was ridiculed. No one wanted to believe that “invisible” particles were responsible for disease. Semmelweis spent his last days in an insane asylum.

Over the last century, handwashing has been proven to be effective. It’s unfortunate that it wasn’t until after Semmelweis’s death that his research became widely appreciated. In 1857, Louis Pasteur pioneered the study of microbiology when he discovered that the spoiling of food is caused by microorganisms—the “invisible particles” mentioned by Semmelweis. Research has continually expanded from there.

“A Theory of Germs”
NCBI