#Goals: 5 Simple Ways to Meet and Exceed Your Healthcare Targets in 2020

If you’re anything like me, you make most of your resolutions with mere minutes left in the year, and they sound a little something like this: “Better eating! Fewer empty calories! More exercise! But first, let me wash down this tub of queso with champagne and collapse into bed before the clock even strikes midnight.”

The next morning, you wake up later than planned, feeling a lot more exhausted than anticipated, and swear you’ll get on track the next day. Or maybe the one after that. By January 5th, you’ve already given up on making changes and decide simply packing up your holiday decorations will be enough.

Sound familiar? The good news (for both of us) is that it’s not too late to commit to a plan that will help you adopt healthier habits all year long. Let’s agree to make New Year’s Eve resolutions a thing of the past and start creating last-week-of-January resolutions instead, after the hullaballoo of the holidays has died down, the kids are back in school, and work feels manageable again. Here are five ways to ensure success. 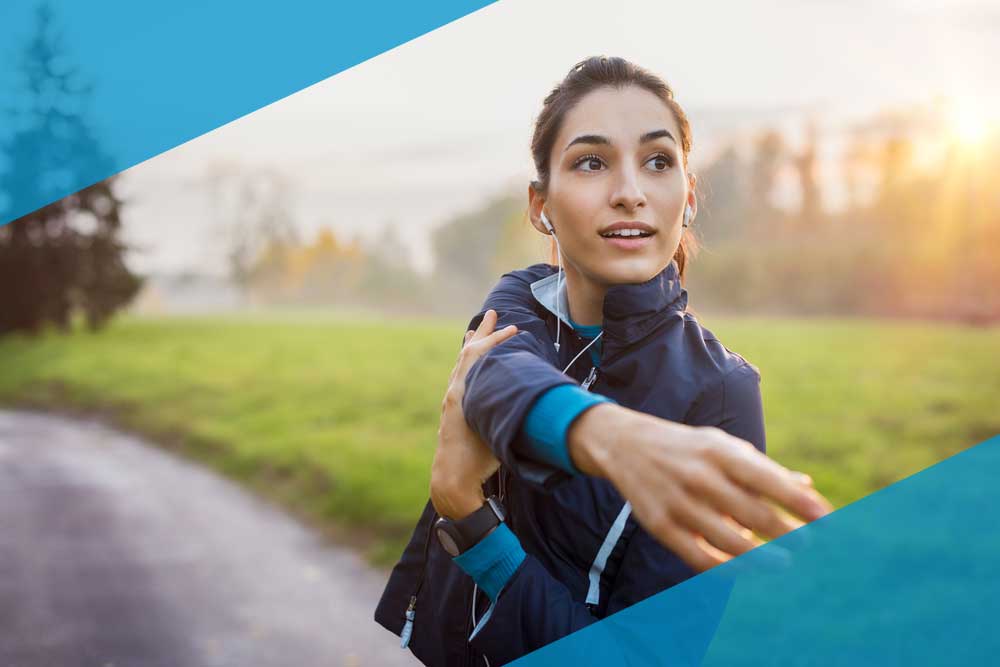 1. Use the Buddy Method

In the wise words of Three Dog Night, one is the loneliest number. Whether you’re trying to drop a few pounds, train for a marathon, or go pescatarian, one of the easiest ways to stick to your plan is by having a designated resolution buddy. The buddy method creates a sense of accountability, forces you to constantly evaluate and realign your goals, and makes the process of improving your health a heck of a lot more fun. Find a pal, co-worker, or family member with similar goals who can commiserate, offer support, and even provide a little healthy competition. Check in at least weekly (ideally daily) to see how you’re each progressing. And most importantly, offer support, not judgement.

The more specific you can make your goals, the better. Don’t just lose weight. Lose 2% BMI or 12 pounds. Don’t just get healthier. Ask your doctor exactly where he or she wants your blood pressure to be. Don’t just plan to drop a size. Buy a pair of jeans in the size you want to be at the end of the month/quarter/year, then try them on occasionally to see how much closer you’re getting. Whatever your determined to do, make your goal quantifiable so you can celebrate your progress.

3. Put Pen to Paper. Not Cursor to Screen.

We all have those friends on social media who post incessantly about their latest diet or exercise routine. Historically, experts believed that announcing your goals made them more achievable because of the increased accountability that goes along with a public proclamation. Turns out they had it all wrong. A slew of recent research has found that talking about your ambitions before you start working towards them actually makes you a lot less likely to achieve them than going heads-down. Why? A couple of reasons. First, premature praise in the form of social recognition can make you feel like you’ve done something great before you’ve even tried. Your fourth grade teacher thinks your plan to increase your kale consumption is fantastic? Let’s celebrate with a McRib! And second, we all know that social media encourages healthy and unhealthy competition. That same friend who has smarter kids, a better job, and a more loving spouse than you do (at least on Facebook) is also likely to run more miles and lose more weight than you will (again, at least on Facebook). Take her out of the equation. Write your goals down on a piece of paper for your eyes only. You do you.

Reaching a healthy weight and getting into peak shape will not only help your physical health; it will improve your financial health. Before you kick off a new regimen, try to ballpark the savings you could achieve. Quitting smoking, for instance, would save a you $2,190 annually if you were a pack-a-day smoker in Utah. Reward yourself for important milestones. After three months of not smoking, you would save $547.50. Designate the bulk of that haul for bills and savings, like HSA contributions, but make sure you give yourself a pat on the back as well. Take $75 and get an hour-long massage, a new pair of sneakers, or a ticket to a concert you couldn’t afford with your prior habit. The same goes for cutting back on fast food, alcohol consumption, and other costly habits. And make sure you check in with your employer`s HR department; there may be lucrative healthy lifestyle incentives available.

Read this tip, then read it again. We’re all human, and no matter how disciplined we are, there will be days the couch (or cheesy-crust pizza or 90210 marathon) wins. Off days are unavoidable, and slips-ups happen. Don’t beat yourself up over them. Even more importantly, don’t use them as an excuse to give up on your greater goal. Allow yourself to feel proud of what you have achieved, forgive yourself for getting off track, and hit the reset button in the morning. You’ve got this.