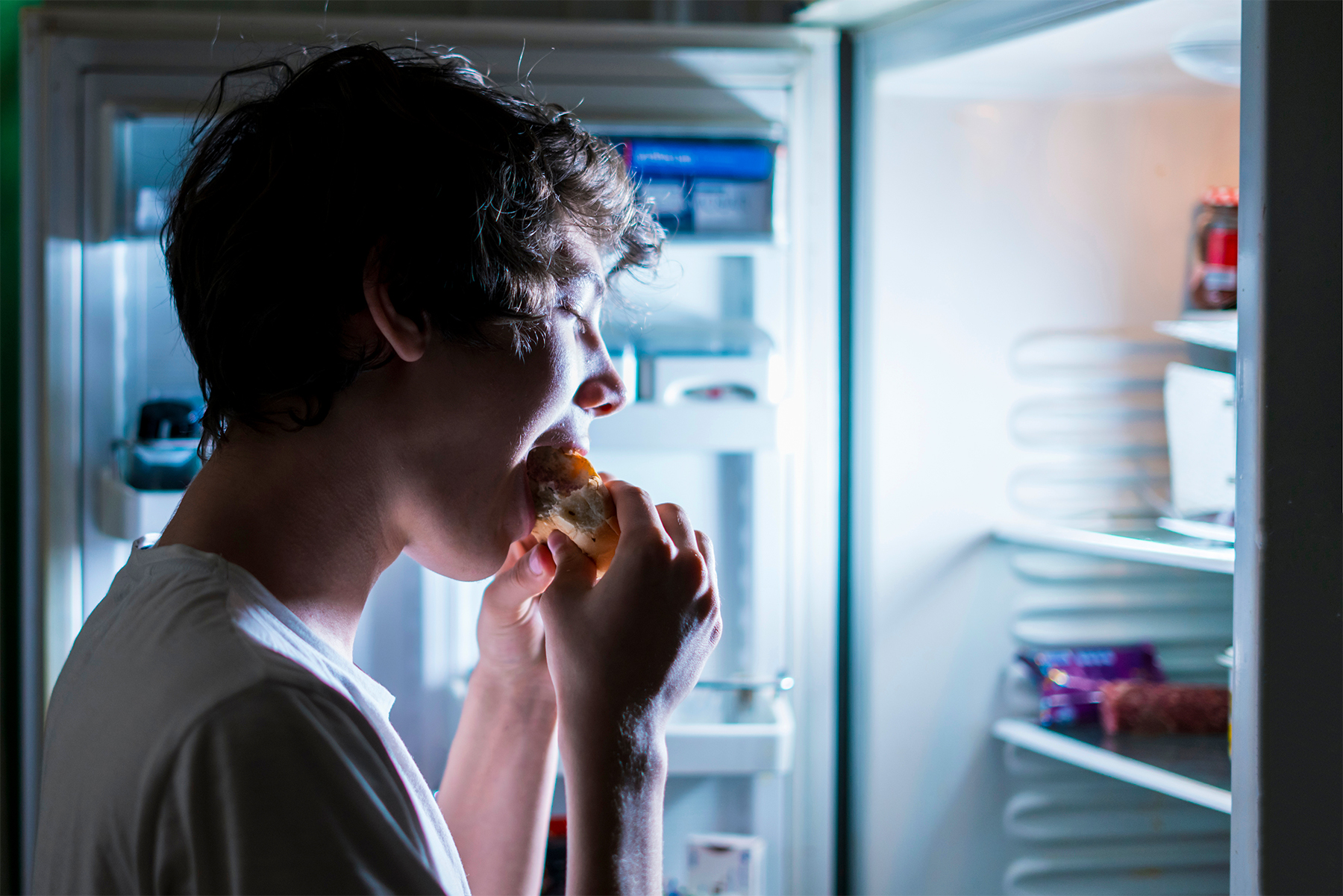 “Going to the table hungry and eating until you are satisfied. It is being able to choose food you like and eat it and truly get enough of it—not just stopping because you think you should. Normal eating is being able to give some thought to your food selection, so you get nutritious food, but not being so wary and restrictive that you miss out on enjoyable food…Normal eating takes up some of your time and attention but keeps its place as only one important area of your life. In short, normal eating is flexible. It varies in response to your hunger, your schedule, your proximity to food, and your feelings.”

If the above description does not define the way you eat, you may want to evaluate your relationship with food. Due to incessant media images, most people in today’s world obsess about their appearance to some degree. Thus, there are frequent occurrences of disordered eating that do not qualify as official eating disorders.

Intuitive eating is a great way for people who suffer from disordered eating to start their pathway to recovery. The diets of intuitive eaters are led by instinct, emotion, and rational thought. Dietitians Evelyn Tribole and Elyse Resch first coined the term “intuitive eating” in 1995. It is intended to promote attunement to your physical sensations to determine which biological and psychological needs must be met, and to remove psychological obstacles (such as food restrictions) that prevent you from eating happily. For example, intuitive eating involves allowing yourself to eat what you are craving right when you are craving it, even if it’s something that society labels as “bad,” such as processed sugar. Avoiding food restrictions in this way is believed to prevent binging. It is also believed that when people start eating exactly what they crave, they will be surprised by how often they start to crave fruits, vegetables, whole grains, and other things that society labels as “good.”

While obesity is an epidemic just as dangerous as eating disorders, there are many levels of weight gain that do not qualify as obese and shouldn’t be so feared. Healthy weight looks different for everyone. You don’t have to look like a runway model to be in great health. In fact, most people probably can’t achieve the media’s ideal weights through healthy means. Genetics play a huge role in weight, so talk to your doctor to find out what the healthiest weight is for you. You may be pleasantly surprised.

For those who suffer from diagnosable eating disorders, there are several resources for recovery. Talk to a parent or psychologist who can help you connect with group therapy sessions, inpatient programs, treatment centers, dietitians, and more. There is no shame in suffering from mental illness and there is certainly no shame in seeking help. Learn more about mental health resources here.

“A Post for Dietitians: Why Intuitive Eating Should Not Be Used in Weight Loss Counseling”
Rachael Hartley Nutrition

“Signs of an Eating Disorder”
WebMD